New paper on "Ideological differences in engagement in public debate on Twitter" in PLOS ONE.

The article analyses public debate on Twitter via network representations of retweets and replies. We argue that tweets observable on Twitter have both a direct and mediated effect on the perception of public opinion. Through the interplay of the two networks, it is possible to identify potentially misleading representations of public opinion on the platform. The method is employed to observe public debate about two events: The Saxon state elections and violent riots in the city of Leipzig in 2019. We show that in both cases, (i) different opinion groups exhibit different propensities to get involved in debate, and therefore have unequal impact on public opinion. Users retweeting far-right parties and politicians are significantly more active, hence their positions are disproportionately visible. (ii) Said users act significantly more confrontational in the sense that they reply mostly to users from different groups, while the contrary is not the case. 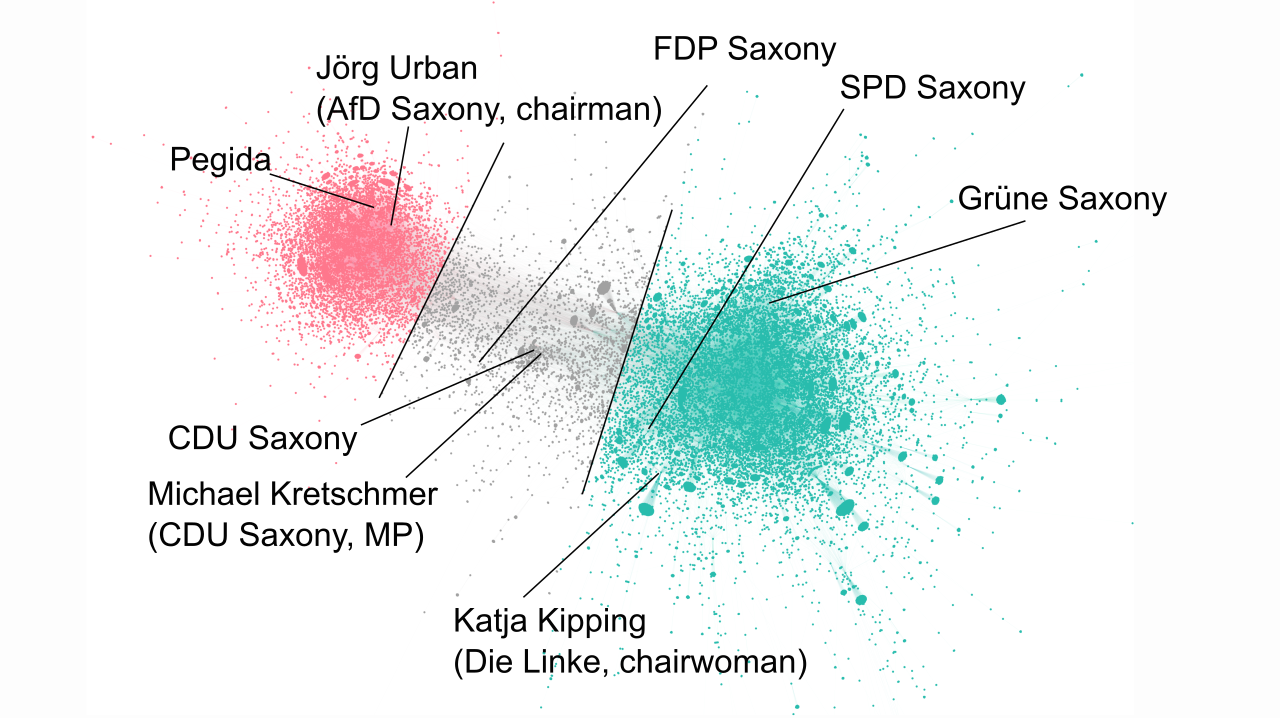