What are the mechanisms and conditions that lead to such polarized political landscapes as the one we live in today? In the article “Opinion polarization by learning from social feedback”, which recently appeared in the Journal of Mathematical Sociology, Sven Banisch and Eckehard Olbrich were able to explain the role of social feedback in the phenomenon of polarization, using mathematical tools from game theory.

We all react very sensitively to positive or negative reactions from our peers and this feedback unconsciously affects our own decision-making. In order to be able to understand and identify mechanisms and conditions that lead to opinion polarization, Sven Banisch and Eckehard Olbrich have presented a novel approach to opinion dynamics which social feedback and reinforcement learning. The results of their research have recently appeared in the Journal of Mathematical Sociology.

Motivated by psychological research on implicit processes of attitude change, the scientists have studied a mathematical model where agents within a network evaluate alternative views based on the received social feedback. After a rigorous mathematical analysis, they were able to conclude that  feedback from peers may indeed explain why an initially moderate population tends to polarize over time.

The authors propose a new paradigm based on reinforcement learning, where opinions change in response to positive or negative feedback. Disagreement among peers leads to decreased attachment to a certain opinion and to a reevaluation of one’s position. On the contrary, if an opinion favored by the agent gets the approval of the social environment, this positive feedback reinforces the value associated with this opinion. As a consequence of this feedback, an initially already cohesive subgroup tends to become more and more inclined towards an opinion over time and is more likely to align over more extreme opinions, leading to the formation of opinion clusters. This idea resonates with the concept of echo-chamber, a situation in which beliefs are amplified or reinforced by communication and repetition inside a closed system. This leads to a phenomenon that scientists call gate-keeping: certain opinions are prevented from spreading to another subgroup or cluster.

In their research, the scientists have used models based on networks as well as game theoretic notions to model the role of social feedback. More precisely, the implementation of reinforcement learning naturally leads them to use the tools of game theory, a branch of mathematics that studies interactions between decision-making agents. Quite surprisingly, the equilibrium points appearing in the system turned out to be equilibrium points in the game-theoretical sense, giving further evidence for the robustness of the model.

The authors also investigated which structural features in a network lead to the appearance of polarization over time. A rigorous analysis aided by the tools of game theory led them to show that the
existence of opinion cohesive subgroups is a sufficient condition to generate stable polarization, even if
the subgroups one starts with have the chance to interact with each other.
This novel approach may explain the opinion polarization we observe in the political discourse today
and has the potential to improve on the existing approaches to opinion dynamics. 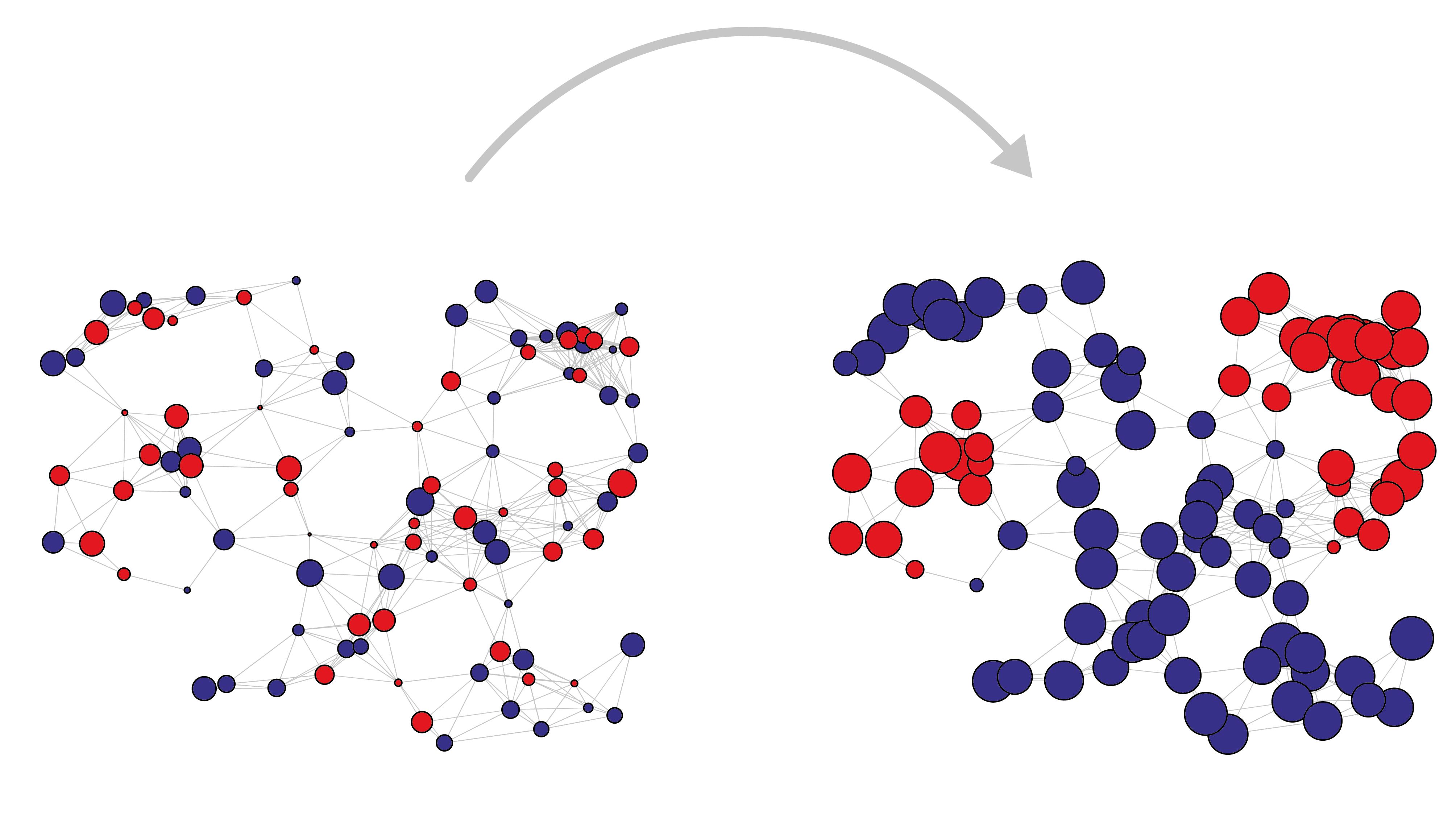