Dissecting the Alt Right Online: is the ‘Alt Left’ an Invention?

The ‘Alt Left’ is a term that could be thought to describe the loose movement of anti-fascists (Antifa) and others opposed to the rising ‘Alt Right’, especially in the US but also in Europe. Or does it? Through a news and social media analysis, we found strong indications that the Alt Left as such is ‘fake’ or faux. Trump supporters have succeeded in creating a fictional anti-public, the Alt Left, associating it with violence, as a form of moral equivalency to the Alt Right after Charlottesville, and mainstreaming it in the news.

Read the article in Monitor, Global Intelligence on Racism
http://monitoracism.eu/dissecting-the-alt-right-online-is-the-alt-left-an-invention/ 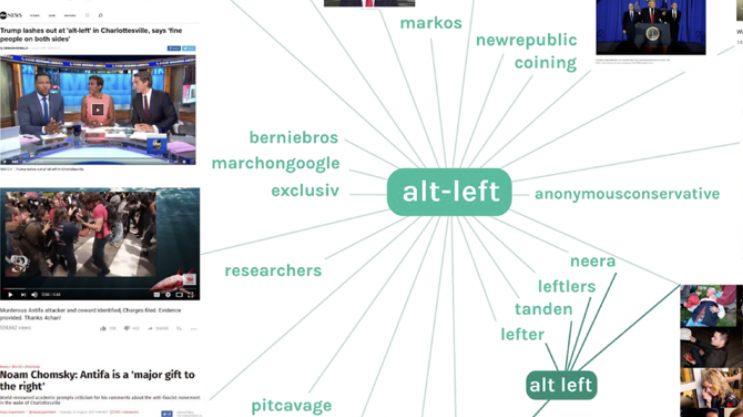